I haven’t posted much recently and it has been a while since I did a film review but I hope this review was worth waiting for.

I watched Unfinished Sky (2007) on Netflix last night and thoroughly enjoyed it.  I’m not sure how I have missed this film for the last 11 years!!!!  Unfinished Sky is was one of those films that takes you very much by surprise.  One of those films that smoulders.   Wonderful performances by William McInnes and Monic Hendricks.  Monic, I found out later (surprisingly, after watching her wonderful acting in this film), is from the Netherlands.

In many ways, Unfinished Sky explores the gentle and developing relationship between two very different, troubled yet stoic human beings.  In today’s world, we could to with a lot more understanding!

Also, and (almost) finally, this film is ideal for people like me who like romantic films (just a big softy!).

I give this film the PhotoNomad 10/10 award. 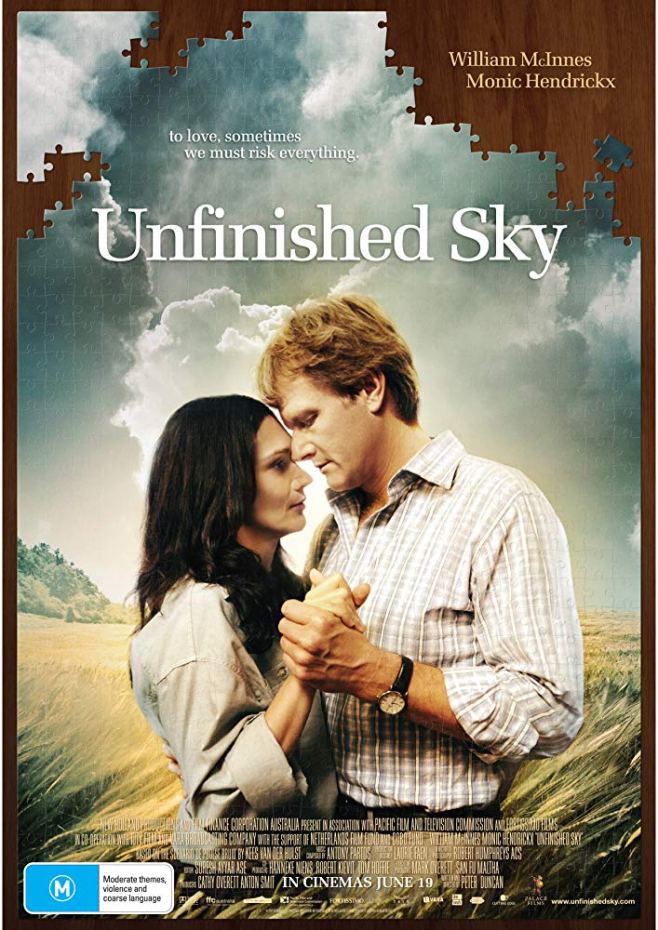